What’s The Difference Between At Home Pilates & Yoga? 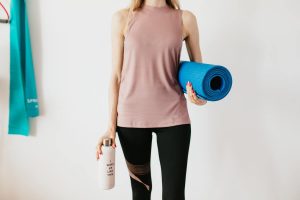 Yoga and Pilates, though talked about together and often in the same sentence, are two different things despite their similarities. They’re both low-impact workouts with great benefits for sure, but what’s the difference? Knowing this is important especially if you’re looking to make an informed choice, so let’s break down the key things that set yoga apart from Pilates.

Though its origin is unknown except for the fact that it developed in ancient India, yoga is a type of mind and body fitness workout that focuses primarily on mindfulness and deep breathing. It combines physical activity with deliberate focus, and participants are taught how to hold various poses that are followed by a series of other movements. From a workout standpoint though, yoga is used to improve the flexibility of the body and joints. Mindfulness-wise, it’s a great way to know oneself on a spiritual level and should be your pick if you’re looking for a path to spiritual enlightenment while staying fit.

Developed by Joseph Pilates at the end of WWI to help rehabilitate wounded soldiers, it’s been around since the 1920’s and has been refined extensively since then. As opposed to yoga, the focus in Pilates is trying to relax tense muscles while providing strength to other numerous muscles of the body – especially the stabilizing muscles of the back and core. It was created and developed with helping the injured in mind and is probably best practiced by someone recovering from one.

The good news is that, whichever you choose, both yoga and Pilates use little equipment. In its basic form, all you need is a mat. The rest are simply additional props that you can add later on if you prefer. These workouts can also be tailored and modified according to your needs or fitness levels. So whatever the case, you’ll walk away from both with increased flexibility, longer and leaner muscles, improved core flexibility, and better mental clarity.

Not bad for low-impact workouts, right?