What To Eat For A Longer Life, According To The World’s Healthiest People 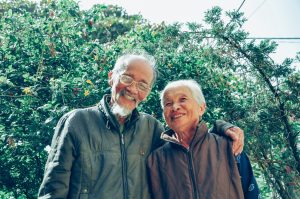 Wouldn’t it be great to see more of the world and the changes in it by living up to a hundred years old?

Not only do you get bragging rights by reaching a century (though hopefully, most of your family and friends are still around to brag to), there’s just something special about reaching a milestone like that. It gives the impression of a happy, well-lived life—after all, you don’t become a centenarian by being miserable. Unfortunately, here are three things that increase the likelihood of us never reaching 100: fast food, processed food, and refined sugar.

But here’s a surprise: despite the existence of these temptations, did you know that there are places in the world that hardly consume fast food, processed food, or refined sugar? They’re called the Blue Zones. Naturally, these regions have the highest number of people who live to be a hundred and above, and as you can already tell, here’s what their secret is: healthy and glorious food.

Let’s take a quick look at exactly what the healthiest people in the world eat!

Olive oil was introduced by the eating habits that the region of Ikaria observes: the famous Mediterrenean diet. It’s heavy in healthy fats, vegetables, whole grain, breads, and potatoes to name a few. And while they consume meat, sugar, and salt it’s only occasionally. They don’t highly processed foods, refined grains or oils, and stay away from sugar-sweetened drinks.

For the Nicoyan diet, it’s mostly these three staples: beans, corn, and squash. They also enjoy fruits like papayas, bananas, and peach palms. But more than just the diet, the longevity of the Nicoya Peninsula’s centenarians are also influenced by “strong faith communities, deep social networks, and habits of regular, low-intensity physical activity.”

In the mountain highlands of Sardinia, they enjoy a low-calorie, plant-based diet. Dubbed as “peasant food”, the usual choices are beans, greens, and whole grains. And they eat a lot of bread and cheese too! But really, one of the reasons why the centenarians of Sardinia live so long? One word: exercise.

Known to follow a biblical diet of grains, fruits, nuts, and vegetables, most of the community are Seventh-day Adventists, which explains the reference to religion. 30% of them are vegetarian, and those who eat meat eat only “clean animals”—the ones that eat grass. There’s also an emphasis on staying away from alcohol and caffeine.

Eating healthy, if you think about is, is easy—especially when you realize the fact that the healthiest people in the world consume simple food. If you want to live to a hundred, there’s a lot to learn from the Blue Zones. And it’s not too late to start eating healthy today.