Turmeric vs Curcumin Supplement: Which is Better? 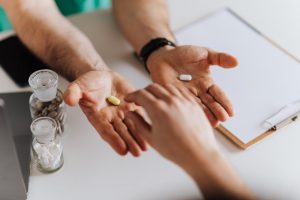 Turmeric, as we all know, is a widely used spice in culinary and traditional medicine. It is a major ingredient in various Asian cuisines and is highly esteemed for its anti-inflammatory properties.

As also one of the most effective nutritional supplements in existence, many researches have supported its powerful benefits to the mind and body. Recently, a compound found in turmeric called curcumin has caught the eyes of many and is now also available as a food supplement.

Depending on your needs and health objectives, which supplement is best for you? Read on to find out.

What Are Turmeric And Curcumin?

Outside the world of Ayurvedic and traditional medicine, turmeric is most popularly known as a spice that gives curry its yellow color.

Turmeric comes from the root of Curcuma longa, a flowering plant perennial to the ginger family. It contains many plant substances but one group, named curcuminoids, stands out distinguishably for its medicinal properties.

Benefits Turmeric And Curcumin Have In Common

As soon as science started to anchor claims on its health-promoting effects, turmeric and curcumin, in the form of supplements, began to sell  like hot cakes in the market.

Here are some of the areas in which both turmeric and curcumin have shown clear benefits.

Should You Take A Turmeric Supplement or Just Opt for Curcumin?

If fungal growth or tumor cells are your concern, you may get greater benefits by taking turmeric instead of curcumin as the compound curdione in turmeric has stronger fungal-inhibitory effect than curcumin.

Meanwhile, there are also specific conditions such as type 2 diabetes and osteoporosis in which isolating curcumin from turmeric may produce more substantial effects. Thanks to its strong antioxidant and anti-inflammatory properties.

Although there is no official consensus on which supplement is better, when choosing one, always opt for a formula that has been clinically tested and proven. For better absorption, also check if it has black pepper and only take it in recommended doses.