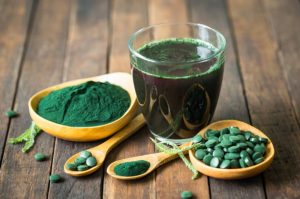 Spirulina is one of the most popular and well-regarded dietary supplements to ever exist in the market.

For a good reason, it is highly saleable and sought-after. Historically, it was used as an endurance-booster. Today, however, spirulina’s selling point focused on its wholesome ability to promote overall health.

Here’s everything you should know about this nutrient-dense superfood.

Spirulina is a type of blue-green algae, also known as cyanobacteria. It is believed to be one of the oldest life forms on Earth, first appearing on Earth’s surface 3.5 billion years ago and first consumed by the Aztecs during the 16th century.

As it exclusively grows in the water environment, spirulina has an odd taste and smell. Many people find it savory like seaweed or fresh spinach, yet its intense earthiness can also make it taste like the ocean.

Spirulina boasts many nutritional values. It has high protein and vitamin content but beyond its nutritional value, spirulina is also used in complementary and alternative medicine to treat a number of health conditions.

Why is it hailed as a superfood?

Spirulina is among the most documented microalgae used as food. As it continues to flood the market in powder and supplement form, more and more people are starting to grow curious on why it is dubbed as a superfood. Here’s basically why.

This tiny alga is extremely high in nutrients. In fact, a 7-gram powder contains:

Plus, it has no notable side effects and can be used effectively up to 10 grams per day.

High blood glucose is associated with many health complications. One of which is diabetes, a disease that affects about 422 million people and is among the leading causes of mortality worldwide.

Though more research is needed, spirulina has shown promising potential in managing symptoms of diabetes.

High blood pressure and cholesterol levels are both markers of cardiovascular problems. Spirulina has been proven to reduce both of these risk factors.

Spirulina contains active compounds that lower levels of total cholesterol, low-density lipoprotein (LDL) cholesterol and triglycerides significantly. It can also reduce inflammation and protect the body against oxidative stress. This led to a rapidly growing interest in its supplement form as an alternative to conventional drugs for cardiovascular problems.

We all know how our gut affects almost every function of our body. And if you are health-conscious, let me give you a reason why this wonder algae deserves a spot on your diet.

Spirulina has prebiotic properties. A 2017 study on older mice showed it helped preserve gut function during aging and may help maintain a healthy gastrointestinal microbial community.

Spirulina is indeed a healthful superfood worthy of its title. In light of its long history as a food, experts are considering it generally safe yet still not recommended as a replacement to prescription drugs in treating certain diseases.