Power Stances: How The Way You Move Improves Your Mood 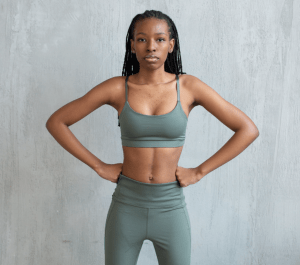 If you’ve been looking for ways to give both your mood and confidence a boost without having to eat or drink anything, then this is for you! You don’t even have to get a self-help book or splurge on exercise equipment either. In fact, all you need is one thing: you! And by you, we mean all the individual body parts that make you whole. How, you ask?

Also known as a power pose, a power stance is a type of body position that you can assume to influence both your feelings and behaviour. Made viral thanks to social psychologist and Harvard University researcher Amy Cuddy’s TED Talk, her team’s study suggests that body language can impact hormones, which by extension, also have an effect on mood. Simply put, here’s the idea: if you do a powerful pose, then your body is able to give your brain the signal it needs to help you feel empowered and confident.

In the study, Cuddy and her colleagues had participants assume either an expansive posture or a contractive one—the latter had individuals lean in with their legs crossed, so they’re more folded in on themselves. Researchers found that study participants who did the expansive posture felt more powerful, performed better in a mock interview, and even took more risks in a gambling experiment.

One popular power stance is “The Wonder Woman.” Just like the superhero character, you stand with your feet apart, hands on your hips, with your chin, tilted upward. Stances or poses like these are apparently more powerful because, according to Cuddy, it is our attitudes that follow from our behaviours, not vice versa. That being said, as opposed to telling yourself, “I’m amazing,” which first requires a shift in attitude and belief, a power stance takes advantage of the more primitive body-mind link to both tell and make your brain feel confident.

Ever since its rise in popularity, Cuddy and her team have started a debate among the scientific community on whether power stances really work. But whether you believe it or not based on these other studies (referenced by Cuddy during a Q&A with TED) that have replicated the first one, to mixed results, what’s the harm in trying to assume the same stance that powerful people do? Give it a try before completing a challenging task like speaking in public or prior to a job interview.

At the very least, you made yourself feel good.