OVER 40s Inspo: Quotes From Celebrities For Loving This Stage Of Your Life 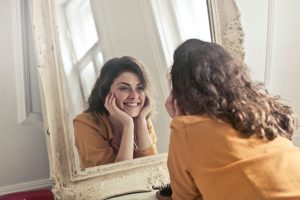 We’ve all heard the famous quote before: life begins at 40. But does it? A lot of people dread it, treating such a phase as some kind of ending, when in reality, there’s truth behind the saying! A part of life that you’re not quite expecting does begin when you reach the fourth decade. Don’t believe us? Just take a look at what these celebrities have to say about turning forty!

1. The rest of your life starts making sense!

“When you’re here, you’re like, ‘I guess this is what it is.’ You have so much more life out there to live, but I feel like, I don’t know, everything is just sort of connecting in a really cool way.” – Jessica Alba, The Tonight Show With Jimmy Fallon

There’s something about reaching the big 4-0 that allows you to look back—and look forward—in such a way that makes you see how everything in life is a series of intertwined events. It always has been, but 40 gives you a clearer vantage point and an understanding of how you got from point A to right here, where point B is. Let’s look at it as a byway between two important phases: there’s the before where most people fumble around in uncertainty, still trying to be someone or something, and then there’s the after where a lot of us become more accepting of who, what, and where we are in life.

“For the first time in my life I’m content. I’m so excited. Getting older is the best part of life. Like, I know more than I’ve ever known. I have gratitude. I know myself better. I feel more capable than ever. And as far as the physicality of it—I feel better at 40 than I did at 25.” – Cameron Diaz, Marie Claire

Now don’t get us wrong—you’re allowed to fumble around as much as you want, to still seek out your identity and become whatever you want to be, but not only is it less stressful to do so, there’s also a contentment and acceptance of the fact that the looking and searching is simply (and will always be) a part of the journey called life.

“When I turned 40, I was like, huh. I accept myself more now. It was much more comforting.” – Jennifer Lopez, Harper’s Bazaar

Maybe it’s finally reaching the 40th year that frees us from the doom and gloom of it, but the majority of people who finally step into the fortieth decade of their life find that they’re more accepting of who they’ve become. They’re more confident and have no need to prove themselves to other people.

“I was really worried about it, leading up to the day, but now I feel really happy and content with my life. I’m excited to move into the next phase. It’s much more exciting than I thought it would be.” – Gwyneth Paltrow, US Weekly

That’s not to say you turn forty and then settle “just like that”, but looking at the wisdom you’ve gained the last forty years can be empowering. As a result, it’s easier to ease into this phase and look forward to what’s coming next.

“It really feels fantastic actually. I mean I have to say, I was gearing up to it. I was getting ready for it and I feel like I’ve earned these 40 stripes. I made it.” – Kate Winslet, The Ellen Degeneres Show

Most of us spend our lives chasing after a lot of things: money, success, and happiness to name a few. Treat 40 as the culmination of all the things you’ve been working so hard for. This is because whether we’re aware of it or not, there’s an urgency to be the older we get. But when you’re 40, whether you’ve achieved what you wanted to or not, there’s some peace to it: you either have or haven’t, but then you realize that there’s still the rest of your life left to make things possible.

“It’s the first time in my life that my age has met up with where my life is and it’s perfect. I love being 40.” – Drew Barrymore, The Ellen Degeneres Show