Immuni-Tea: The Best Teas To Boost Your Health 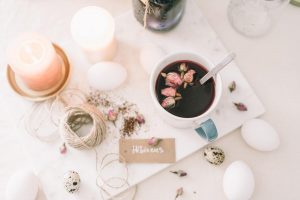 Tea has gone a long way from being a medicinal beverage to what it is today: a drink that people frequently enjoy, even if they’re not sick, because of its numerous health benefits. Thousands of years ago, tea was all the rage for entirely different reasons—but we’re not complaining that it still is! A good cup of tea is always great, and here are the best, less common ones you should try if you’re looking at giving your health a boost!

Also known as roselle, the hibiscus tea isn’t typically made using its leaves, though it’s safe for consumption, just like the seeds and roots. It’s the calyces of the plant that are commonly utilized to brew the beverage: the centre of the flower that looks like a cup. According to studies, this sour tea doesn’t just have antioxidant properties—it also has antitumoral effects. It’s the same for the leaves: in a couple of 2015 studies, researchers discovered that it could cause tumor cell death in skin cancer and inhibit prostate cancer cell invasion.

Here’s another surprise: hibiscus tea is also great at regulating both systolic and diastolic blood pressure, so it’s awesome for your heart!

This tea is possible thanks to green tea—the base to which jasmine flowers are added, which means you get the powerful benefits of more than just one kind of plant. It’s rich in polyphenols, a type of plant-based compound that acts as antioxidants and helps protect the cells against damage from free radicals, damage that has been linked to heart disease and certain types of cancer, according to studies. Jasmine tea is also known to reduce the risk of heart disease, specifically due to its anti-inflammatory effects.

Also called redbush tea, this drink makes use of a plant native to South Africa called the rooibos. According to studies, its antioxidant effects are similar to green tea—if not almost as strong. In another study, researchers found that rooibos tea may protect the liver from oxidative stress, which means it can help make this vital body organ more resilient to damage. It’s also known to relax tense muscles and lower blood pressure.

The good news is that unlike other types of tea, rooibos doesn’t contain caffeine. So if you’re looking for a tea that you can drink in the evenings, consider this one.

If you haven’t had these before, it’s time to add these tea types to your list of must-try’s!