Eat Like A Royal: Food Favourites The Royal Family Swear By 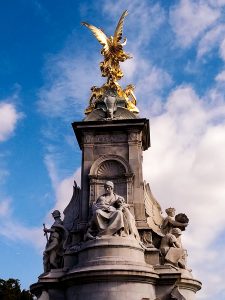 When we hear the phrase eat like a royal, a plethora of majestic images come to mind: fancy banquets with every imaginable food imaginable.

Fine dining in crystal and golden wares. Exotic dishes available only to a select few and made by personal chefs. Tulips of champagne and a grand selection of fine wines. In itself, the phrase denotes a dining experience that seems unreachable to a lot of us – that is until we find out what the Royal Family actually eats!

While it’s true that they have access to food that we can only dream of, you’ll be surprised by the Royal Family’s food favourites. They’re certainly not like you and me in every sense of the word, but when it comes to food? We all share similar taste buds.

Just like many of us, Her Royal Majesty has a sweet tooth too! According to the former personal chef to the Queen, Darren McGrady, one of her favourite cakes is the chocolate biscuit cake.

In an interview with TODAY Food, McGrady shared that the said cake “is probably the only one that is sent into the royal dining room again and again until it has all gone.” In fact, the Queen loves chocolate biscuit cake so much that when she has it at Buckingham Palace, the cake makes a trip to Windsor Castle so she can finish it there!

Aside from chocolate, Queen Elizabeth II enjoys eating Special K cereal out of a plastic container for breakfast, loves mangos enough to know how many there are in the Buckingham Palace fridge at one time, and prefers sandwiches with the crusts cut off. Now who says Royals aren’t a bit just like us?

According to McGrady, William and Harry’s meals hadn’t been theirs to decide as children. Instead, the Palace’s team of chefs would send a list of recommendations to the nursery and their nanny would make the selection herself. As a result, their meals consisted of “traditional, English food.” Kids will be kids though! He recalled one time when the princes swapped out their nanny’s note with their own. Guess what they asked for dinner? Pizza. Unfortunately, their handwriting gave them away so there was no pizza for the Royals that night. But they did get their favourite roast chicken.

Thankfully, now that they’re adults, the princes have more freedom when it comes to food choices. For instance, Prince William admitted to being a fan of Nando’s, a fast-casual dining restaurant well-known for their Peri-Peri chicken dishes, after it was introduced to him by one of his police protection officers. As for Prince Harry, ET Online revealed that he and Meghan Markle were seen stopping by In-N-Out Burger a few times – and on one occasion, even ordered burgers from the drive-thru! Understandably, all the employees “lost their minds” and rumour has it that Prince Harry already knows the secret menu.

The secret to Duchess of Cambridge Kate’s toned figure isn’t just a dedicated Crossfit and exercise regimen – a lot of credit goes to the food she eats! According to the Daily Mail, Kate drinks smoothies made of spirulina, kale, matcha, spinach, romaine, cilantro and blueberries, and that her overall diet was “organic and rich in antioxidants.” That being said, salads and bowls of (seasonal) fruits are a regular part of her daily food intake.

While that sounds relatable only to fitness enthusiasts, there’s more for the rest of us! Not only does she like to cook roast chicken for supper since it’s Prince William’s favourite, but she also loves curries too.

And did we mention that the Duchess revealed she and the children love making pizza dough? So even if Prince William never got the chance to eat pizza as a kid, it looks like Kate has made sure the entire Cambridge family gets to enjoy it now.

Before becoming the Duchess of Sussex, Meghan Markle revealed during an interview with delish that two of her vices are french fries and vino. In fact, she would go for red wine over dessert any day – a sentiment that we’re pretty sure all wine lovers understand. Tignanello is her all-time favourite, though she prefers rosé in the summer. As for fries, the now-former Duchess said that she considers it “its own food group.” Her stay in Toronto to shoot Suits has even allowed her to master the Canadian specialty poutine: fries with cheese curds topped with brown gravy.

Another one of Meghan’s guilty pleasure meals, according to an interview in Eye Swoon, is Annie’s Organic Mac and Cheese. But she doesn’t just eat it as it is. “I throw some frozen peas into it and have this gooey simple childlike meal.” Talk about a sinfully good dish you don’t need a royal chef for!

The Prince of Wales appears to be very particular with food – according to an interview with Mervyn Wycherley, his private chef during his first marriage, “his eggs had to be boiled for exactly four minutes.” Relatable, maybe except for how long the egg needs boiling, and even more so when you discover what tea Prince Charles enjoys his egg with: Darjeeling with milk and honey.

Prince Charles is also a big fan of cheese as revealed by his wife Camilla, the Duchess of Cornwall, on an episode of MasterChef Australia. Apparently, the prince has a liking for local cheeses and that “anything to do with cheese, he’ll love.” He’s also into organic food, growing most of them in his home at Highgrove House in Gloucestershire where he even has his own chickens! Now we have a question: do those four-minute eggs come from his own chicken coop?

As the husband of the reigning monarch, the Duke of Edinburgh took it upon himself to make sure dinner was always on the table for himself and the Queen early on in their marriage. But while he wasn’t necessarily involved in meal preparation most of the time, according to Express, Prince Philip was the one who reviewed menus and decided their meals for the day. Now, this doesn’t mean the Duke didn’t do his fair share of cooking at the time. In his younger years and whenever in the Royal Family’s vacation home in Balmoral, he spent his free time cooking in the open air. That’s right; he loved to barbeque! Steaks, sausages and burgers, you name it – but aside from the family, he barbequed for their chauffeurs and staff too.

While music transcends language, we can very well say that food transcends social class. Whether it’s drive-thru burgers or a slice of chocolate cake, all of us – Royal or not – enjoy the same exact thing: good food. So you and I, considering all that’s listed here, what do you know: we’re actually already eating as royals do!

We can’t all be royals but we can make living healthier a little easier. Start with our Hearty Health ready-meals. Call 1300 728 764 or email hello@heartyhealth.com.au.