Can Coffee Lower The Risk of Prostate Cancer? Here’s What We Know 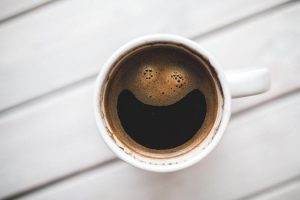 Do you remember the last time you walked into a coffee shop? More than just the smell of cake and pastry, there’s something absolutely revitalizing about the heady scent of brewing coffee. Maybe it has something to do with what we associate it with – that is, coffee is an energy booster that keeps us going for days, sometimes nights, especially when we need to be awake for any reason at all.

But did you know that more than keeping us focused and alert, as well as helping burn fat and improving physical performance, coffee is also associated with a lower risk of developing prostate cancer? No wonder coffee is known to boost longevity. A study shows that there was nearly a 1% reduction in the risk of prostate cancer for every one cup of coffee per day. But that’s just one study.

In a total of 16 studies, researchers examined the correlation between coffee consumption and the incidence of prostate cancer. The amount of cups varied – anywhere from two to nine or more – but the highest intake showed at least a 7% lower risk of localized prostate cancer and about 15% for advanced cancer. It’s worth taking note though, that instead of a controlled and observational study, coffee consumption was based on recall. There was also a variation in how the studies were carried out. Still, those numbers are very promising!

But this doesn’t mean you should start drinking coffee by the gallon! The daily recommendation is still up to 400 milligrams (mg) of caffeine a day, which is equivalent to about four cups of brewed coffee, ten cans of soda, or two energy drinks. Too much of anything is never a good thing, so drink only as much as you need.

Other health benefits of drinking coffee include the prevention of stroke, as well as lower risks of Alzheimer’s, Parkinson’s and dementia. And because coffee beans are beans, like other seeds, they have as many protective compounds. As always, the secret to healthy consumption is moderation. That being said, go ahead and enjoy a cup of joe, and look forward to a longer, happier life!