5 Ways To Add Probiotics Into Your Daily Meals 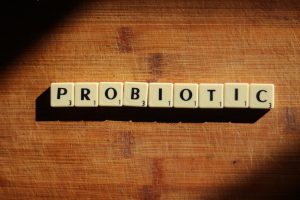 When talking about a healthy gut, it’s impossible not to include probiotics in the conversation. But here’s the thing: probiotics can help with more than just the stomach, with far reaching effects that benefit not just digestive health. Present in fermented foods or supplements, adding probiotic-rich food to your daily meals is easier than you think. This is what today’s list is for: to look at the five different ways you can incorporate live microorganisms into your diet!

If you like just about any kind of tea but haven’t included kombucha just yet, then now’s the time! This tea is the end product of a week-long (or more) fermentation process after sugar, yeast, and strains of bacteria are added to green or black tea. This causes a large amount of bacteria to grow in the tea, and one of those is lactic-acid, a bacteria known for its probiotic function. Other benefits include antioxidants that fight off free radicals which can damage the cells: several studies on rats, who were given kombucha on a daily basis, show that its antioxidant effects extend to the liver. In some cases, liver toxicity caused by certain toxic chemicals were reduced by up to 70% (1, 2, 3).

Possibly the most popular and well-known source of probiotics, yoghurt is a great choice for dessert or as a healthy snack in between meals! Not only does it help with bloating related to IBS (irritable bowel syndrome), thanks to Bifidobacteria, which is a common probiotic found in yoghurt, a study found that it also helped improve digestive symptoms in women who had no existing or diagnosed digestive condition. To enjoy effective probiotic effects, make sure to choose yoghurts with live, active cultures.

Made with sugar water and a combination of grain-like bacteria culture and yeast (called water kefir), kefir is a drink rich with probiotic content that can help maintain the balance of good and bad bacteria in the gut. Considered by a study as ‘the 21st century yoghurt,’ it’s a great source of yeast, as well as different types of bacteria (up to 56 according to research) like Lactobacillus, Lactococcus, Streptococcus and Leuconostoc. But more than just what it can do for our digestive system, kefir is also linked with the following: reduced inflammation, improved immunity, and even cancer prevention.

More than just probiotics, sauerkraut has many nutrients that make it a great addition to your diet. It contains vitamins B6, C, and K1, as well as sodium, fiber, folate, iron, potassium, and manganese. A study found that just one serving of sauerkraut contains at least 28 different bacterial strains, which means you’re getting more health benefits. One thing though: if you’re trying to be mindful of your salt intake, it’s worth nothing that sauerkraut is high in sodium content.

Considered as one of the healthiest out there despite sharing a similar nutritional profile with other breads, what sets sourdough apart from its counterparts is the fermentation process involved in making it, which helps reduce phytates, a type of substance that makes it harder for us to absorb nutrients. Research also suggests that sourdough may help control blood sugar due to how fermentation changes the structure of its carb molecules. Not to mention it’s easier to digest—this is thanks to sourdough’s prebiotic and probiotic content.

By adding these probiotic-rich foods in your diet, you’re not just keeping you gut balanced and healthy—you’re taking care of your overall health too!