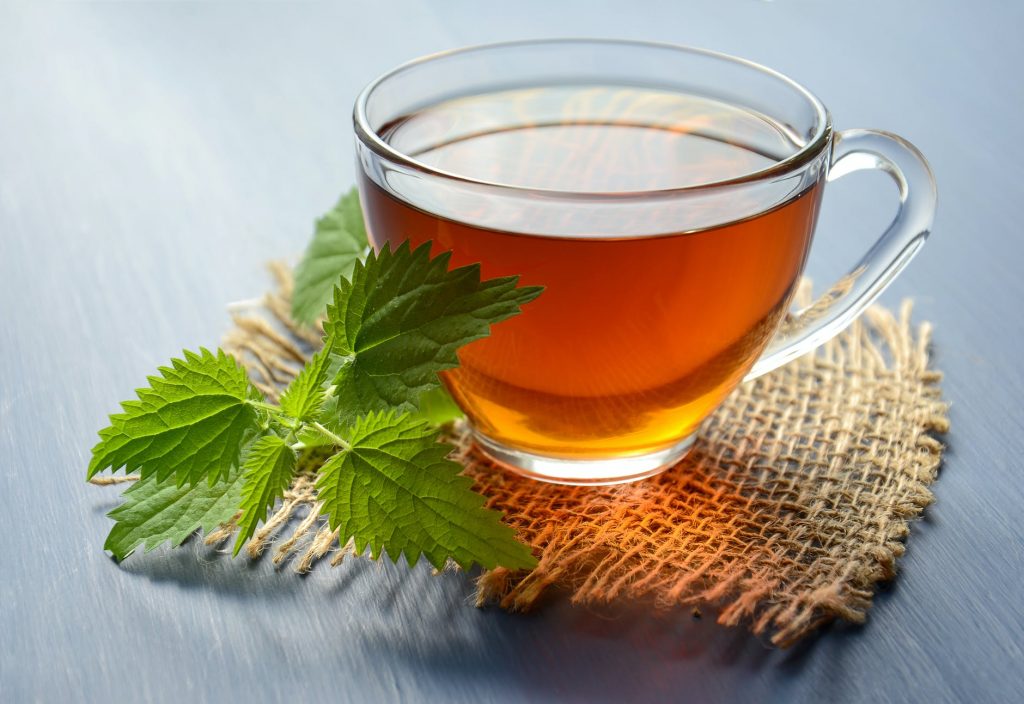 A glass of bubbly, every now and then, can be quite lovely. In fact, statistics suggest that moderate red wine intake can largely improve gut health and digestion.

And what would a lobster dinner be without a glass of white, right?

But on the subject of health, you can’t beat tea.

There are decades of research that shows tea is just as capable of improving your gut health and digestion, if not more so. It’s all in the polyphenols, which are basically compounds that work freaking magic on the human body.

If you’ve got a specific health concern, I highly recommend switching over to any (or all) of the teas listed below. They’re delicious, they’re nutritious, and – trust me – they’ll eventually grow on you.

Green tea can sort of be considered the OG (or would that be OT?) of teas. It’s arguably the most popular of all tea types – even though most consider its taste acquired – due to its almost innumerable health benefits.

Seriously; green tea seems to have everything going for it. EGCGs (Epigallocatechin Gallate), antioxidants, and polyphenols by the pound, all coming together into one delicate blend that can – according to studies – improve your health ten times over.

Research suggests that some compounds found in green tea can prevent certain types of cancers (like pancreatic, colorectal, and breast cancers, to name a few). Green tea is also known to burn fat and lower cholesterol, helping immensely with weight loss.

Finally, some studies say consistent consumption of green tea can increase longevity by reducing one’s risk of stroke and neurological disorders like Alzheimer’s and Parkinson’s.

Black tea may not be as popular or as widely known as its greener, leafier counterpart, but one can argue that its taste is more widely accepted. Typically made with fermented tea leaves, a lot of people prefer its deeper, earthier flavour to the more delicate and bitter-tasting teas. In fact, black tea’s flavour profile is so versatile and widely appreciated, it’s used as the basis for flavoured teas (like chai).

On top of the antioxidants and polyphenols in it, black tea also happens to have the highest caffeine content, making it a wholly healthier alternative to coffee. Research also links black tea to reduced sugar levels and lower LDL cholesterol (the bad kind of cholesterol).

Oolong tea currently accounts for only 2% of the world’s tea (a modest number, especially compared to black tea’s 78% score) but its seamless blend of dark teas and green teas qualities makes it one of the best types of tea to drink – especially if you prefer full-bodied and lightly-floral flavours.

Made from the leaves of the Camellia sinensis plant – the same plant used for green and black teas – oolong tea contains several vitamins, minerals, and helpful antioxidants: fluoride, manganese, and niacin, to name a few.

There’s also a good amount of evidence out there that suggests the polyphenols found in oolong tea are some of the best compounds to boost metabolism and decrease the rate of fat absorption. In fact, a variety of oolong called Wuyi is marketed as a weight loss supplement. Of course, there is no science to back its claims, but it’s quite widespread.

Made from dried chamomile flowers, this tea has long been used as a traditional folk remedy for a wide range of health issues. It is thought that the flavonoids present in chamomile play a huge role in the tea’s medicinal effects – specifically the chemical compounds that reduce inflammation.

To date, chamomile tea has been lauded as a preventive treatment for many health complications like diabetes, osteoporosis, arthritis, hemorrhoids, and autoimmune disorders. There are even studies that point to chamomile tea targeting cancer cells – both in terms of combating them and preventing them from forming.

Also known as “red bush tea” or “African red tea,” rooibos tea is an herbal mixture made from the leaves of the Aspalathus linearis plant. It’s so-called because the leaves, when boiled, create a lovely deep crimson shade. It also has a sweet, nutty flavour that many compare to hibiscus tea (although some say the earthy notes to it are more reminiscent of yerba mate teas).

Unlike black tea and green tea, rooibos tea is actually caffeine-free. This makes it a relatively safe brew to drink any time of the day.

However, like green and black tea, it also contains nutritional anti-inflammatory antioxidants. These chemical compounds have an anti-spasmodic property to them that can activate potassium ions throughout the body to alleviate pain in the muscles, joints, and abdomen.

We’re not saying you should cut wine out completely. Heavens, no. Treat yourself to a glass or two every weekend. Or when you’ve got a prime cut of meat in front of you. But what we are saying is that as far as optimising your health is concerned? Tea is the better choice.

Now that you’ve got your drinks sorted, find out more about how you can get a hand with every other meal with Hearty Health ready meals. Simply call 1300 728 764 or email office@heartyhealth.com.au