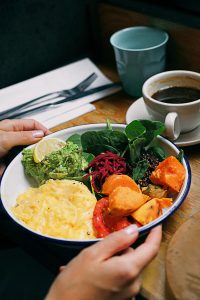 When you feel good about your body, it magically radiates in all areas of your life.

And whether the goal is to achieve a slimmer figure, maintain a healthy weight or manage a chronic disease, there’s truly power in being comfortable and confident in your own body.

Through the years, many big names in the entertainment industry have opened up about their weight loss journey and it never failed to wow the public.

Their huge transformation inspired so many to take a leap of faith and make a difference in their lives by starting with a change in their diet.

Here are four distinguished celebrities who proved that a healthy diet is not only good for your nutrition but also for your life, in general.

Inspired by her efforts to get pregnant, the “Pitch Perfect” star declared and dubbed 2020 as her “Year of Health.”

She took pride in her weight loss journey after shedding 77 pounds that also dramatically improved her health, revamping all her lab and blood work results the best they’ve ever been.

“I was going through a fertility journey, and it was better if I was healthier, and I kind of wanted to be healthier anyway,” the celebrity shared in an Australian morning show.

The actress lost 35 kilos by following the Mayr Method, a hundred-year old diet approach based on healthy vegetables and high-protein foods. She also revealed how taking care of her mental health helped her slim down by managing emotional eating.

Since adopting a vegan diet in 2019, the America’s Got Talent judge revealed how insane the result was in his weight.

He lost 60 pounds in 12 months by cutting out red meat, dairy, wheat and sugar from his diet.

Simon Cowell’s diet efforts was incited by a health scare in 2017 after he fell down the stairs at his home in London due to low blood pressure. “Sometimes we get a reminder that we’re not invincible and this was certainly mine,” said the celebrity in an interview with The Sun.

He was then advised to make a complete makeover with his relationship with food and reduce alcohol consumption. “Within 24 hours, I changed my diet and I’ve not looked back since. You feel better, you look better.”

The songstress navigated her career with unsolicited comments about her weight throughout her stardom.

Despite the pressure to look thinner as a TV personality, Kelly unveiled that the change in her diet was not to trim her waistline but was just a side effect of her efforts to combat her autoimmune disease and thyroid problem.

In summer 2018, fans were quick to notice her slimmer figure after a number of TV appearances. The same year, she revealed that her 37-pound weight loss was a result of a restrictive new eating plan based on Dr. Steven Gundry’s best-selling book The Plant Paradox.

In his book, Dr. Gundry suggested the elimination of lectins from our diet, a protein responsible for many health problems such as leaky gut, weight gain, inflammation and thyroid issues.

“It’s a really great book that changed my life,” said the celebrity.

This multi awarded actress switched to a plant-based diet and has been vegan for about 15 years after realizing how much better this diet made her feel.

“I found myself going to veganism because a friend of mine had a two week vegan food delivery program she wasn’t going to use, so I used it. Immediately I just had more energy than I’ve ever had in my life,” shared the American actress in a 2017 interview.

As a vegan since 2005, Chastain swears by the vegan diet and its health benefits.

Picking the right motivation in losing weight is already half the journey. Be it for more confidence, more energy, or more immunity, what’s important to keep in mind is that whatever positive change you want to instill in your health can greatly reflect in other areas of your life for the better.